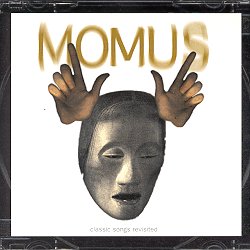 Momus originally planned this as an all-singing, all-dancing CD Plus. It was to be called ‘Digital Closet’ and, on inserting it into your CD ROM drive, you’d be able to rummage around in old Momus recordings as well as peep voyeuristically out at carnal goings on in the room beyond. With his programming skills found wanting, Momus makes do with a record of new versions of some 80s songs (the 90s material is still covered by a restriction clause in the Creation contract) with some amusing secret tracks at the end.