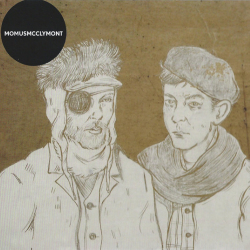 MomusMcClymont is the first album Momus made in collaboration with David McClymont, ex-Orange Juice. Momus in Osaka worked on backing tracks sent by David in Melbourne, Australia. The album was released in February 2013 via American Patchwork / Darla. The sleeve is by Gea Philes.